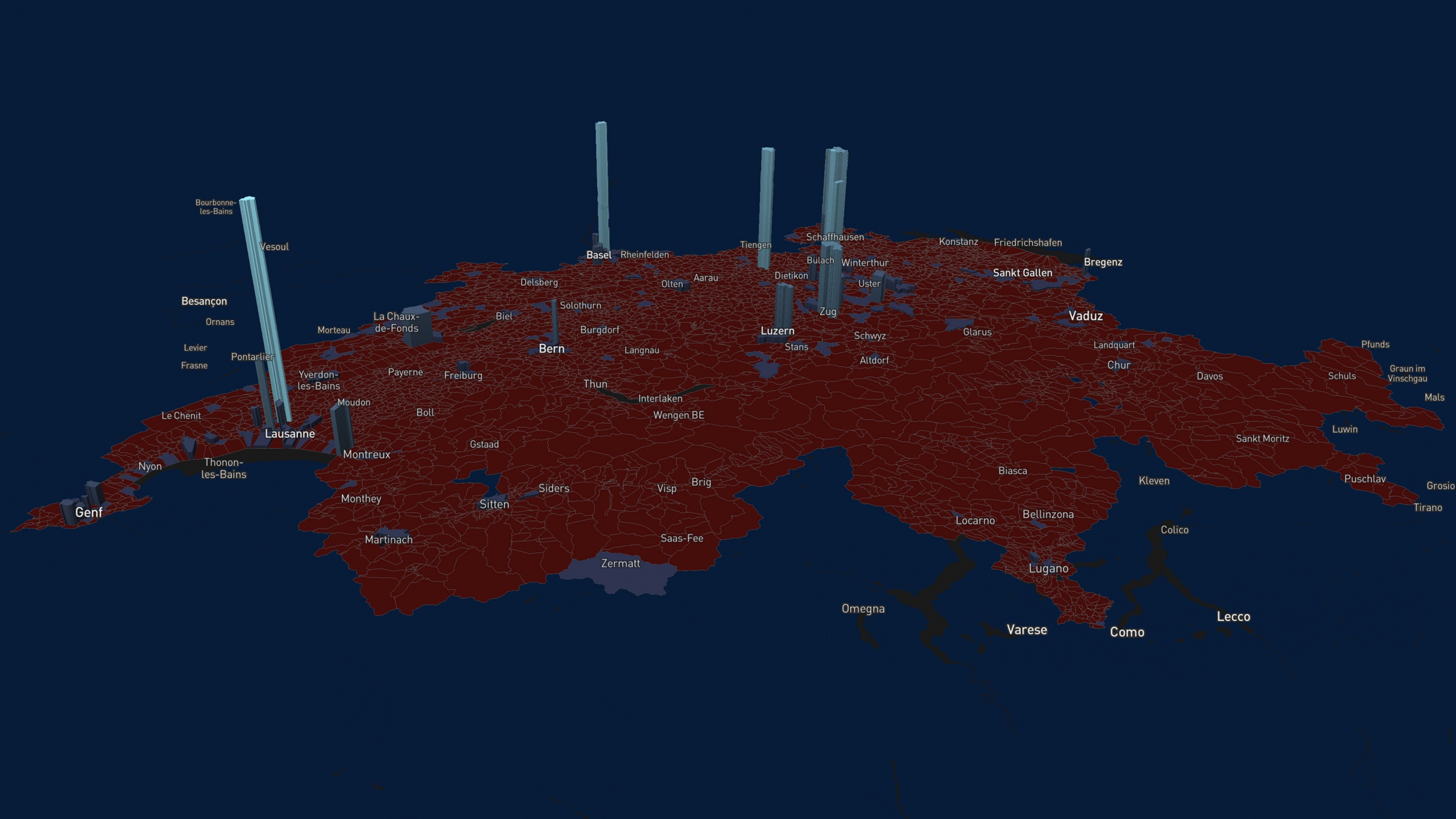 In Switzerland, the Zurich region is the digital centre. Around one third of all patents in advanced digitisation come from companies in the canton (around 700 patents). In second place is the canton of Vaud with around 460 patents, followed by Basel-Stadt with around 200 patents and the canton of Aargau with around 150 patents. Switzerland’s technological expertise is concentrated in the major cities.

Individual advanced digitisation technologies are strongly dominated by a few companies.  In artificial intelligence, Roche (115) and ABB (108) lead by a wide margin ahead of Alphabet (40), Nestle (39) and EPFL (39). Kudelski dominates in encryption technologies with 187 patents and thus holds as many patents as the following five companies combined. In Big Data and Cloud Computing, competencies are more widely distributed.

The results at a glance